An Environmental History of the Willamette Valley (Natural History) (Paperback) 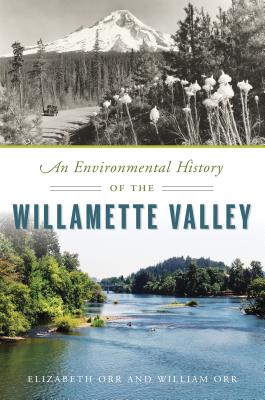 Western Oregon's Willamette Basin, once a vast wilderness, became a thriving community almost overnight. When Oregon territory was opened for homesteading in the early 1800s, most of the intrepid pioneers settled in the valley, spurring rapid changes in the landscape. Heralded as fertile with a mild climate and an abundance of natural resources, the valley enticed farmers, miners and loggers, who were quickly followed by the construction of rail lines and roads. Dams were built to harness the once free-flowing Willamette River and provide power to the growing population. As cities rose, people like Portland architect Edward Bennett and conservationist governor Tom McCall worked to contain urban sprawl. Authors Elizabeth and William Orr bring to life the changes that sculpted Oregon's beloved Willamette Valley.

This feature require that you enable JavaScript in your browser.
END_OF_DOCUMENT_TOKEN_TO_BE_REPLACED

This feature require that you enable JavaScript in your browser.
END_OF_DOCUMENT_TOKEN_TO_BE_REPLACED END_OF_DOCUMENT_TOKEN_TO_BE_REPLACED

This feature require that you enable JavaScript in your browser.
END_OF_DOCUMENT_TOKEN_TO_BE_REPLACED