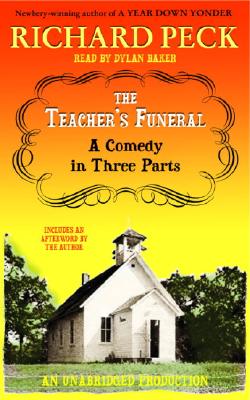 The year is 1904, and Russell is 15. Though he dreams of leaving small-town Indiana to become part of a large farm crew in the Dakotas, he's forced to stay in school, where his sister Tansy has just become the new teacher. Through the autumn, Russell observes the strange goings-on in the classroom, including a fight for Tansy's affection between a rough-and-tumble guy named Glenn and Russell's own best friend, Charlie. (Both will need to compete with a city slicker named Eugene who's in the area trying to sell an amazing new invention called the automobile.) By Thanksgiving, Tansy has become a full-fledged teacher and Russell has resigned himself to the student life. In the last chapter, we learn which man ultimately won Tansy's heart, and also who Russell ended up marrying.

This feature require that you enable JavaScript in your browser.
END_OF_DOCUMENT_TOKEN_TO_BE_REPLACED

This feature require that you enable JavaScript in your browser.
END_OF_DOCUMENT_TOKEN_TO_BE_REPLACED

END_OF_DOCUMENT_TOKEN_TO_BE_REPLACED

This feature require that you enable JavaScript in your browser.
END_OF_DOCUMENT_TOKEN_TO_BE_REPLACED